Imagine having a NY Times bestselling author help you write your book.

Woah. Either you have a very active imagination or are an extremely lucky person.

Join the thousands of other people being guided by Anna David toward their bestsellers by signing up for a week of daily writing tips below. YOU DO NOT NEED TO COMMIT TO WRITING A BOOK BY SIGNING UP FOR THIS. Each tip is simply designed to get you motivated so eventually, you will be to not just write but also launch your book.

Each tip comes with a Call to Action...something you can do every day this week to move forward. 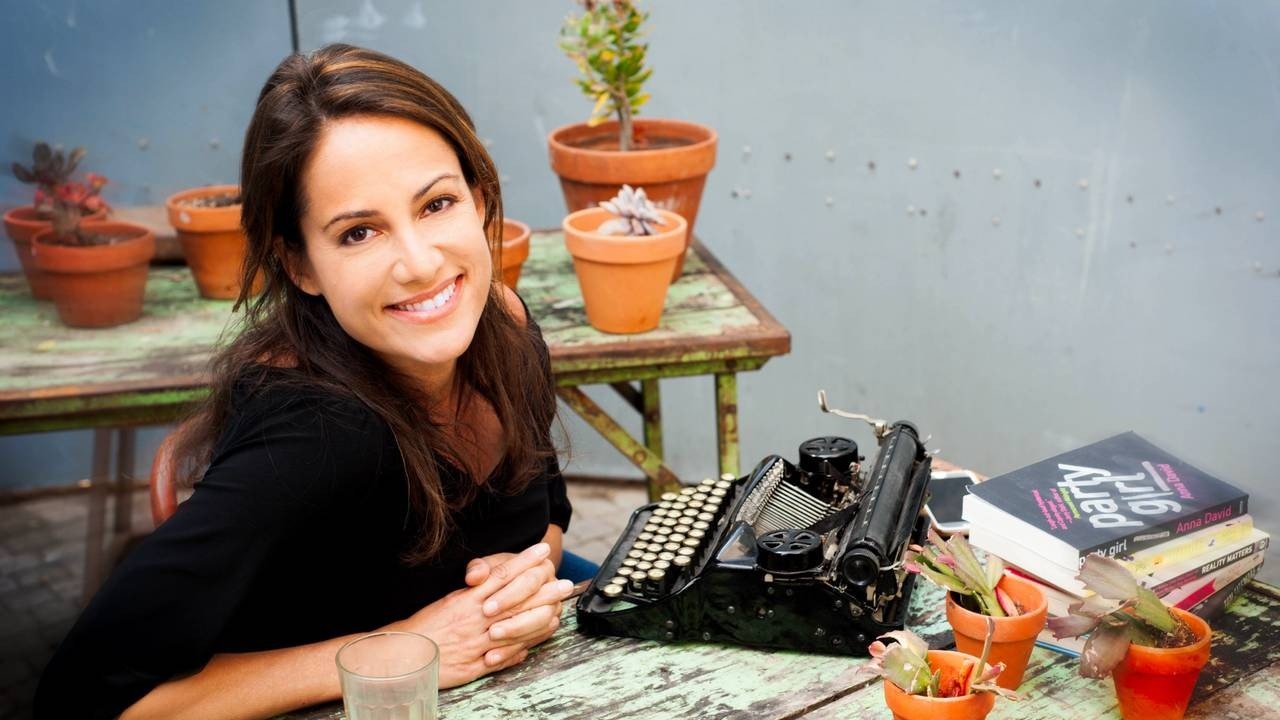 Anna David is one of the world's leading experts on how entrepreneurs can build a business from a book.

A New York Times bestselling author of eight books, she's also the founder of Legacy Launch Pad Publishing and three-time TEDx speaker who has appeared on Good Morning America, Today Show, The Talk and dozens of other programs. Her first novel, Party Girl, is in development as a feature film.

Anna has written for the New York Times, Time, Playboy, Vanity Fair, Entrepreneur, Fast Company, Esquire, Women's Health, Buzzfeed, Salon, The Daily Beast and the Huffington Post, among many others, and been written about in such publications as Entrepreneur, Martha Stewart magazine and Forbes.

She has been published in LA Times, Vice, Cosmo, People, Marie Claire, Redbook, Esquire, Self, Women’s Health, Buzzfeed and Salon and has appeared repeatedly on Hannity, Attack of the Show, Dr. Drew, Red Eye, The CBS Morning Show, The Insider and numerous other programs on Fox News, NBC, CBS, MTV, VH1 and E.

Anna is the on-air book critic for KATU Portland and her podcast, Entrepreneur Publishing Academy, which launched in 2015 and has over 900,000 downloads, features interviews with bestselling authors and entrepreneurs on how to use a book to build a business.

Through Legacy Launch Pad, she has overseen numerous books that have become Wall Street Journal and USA Today bestsellers—books which have helped her clients add six figures to their bottom line, sell their book rights to film producers and appear on shows like Today and Good Morning America as well as attract higher-quality clients, land speaking gigs and grow into being the leaders in their field.

Over a decade ago, the New York Post declared that she invented the sub-genre “chick lit with a message” and she’s still trying to decide if she should be offended by that or not. In the meantime, she obsesses over helping her clients achieve from their books what she's achieved from hers.